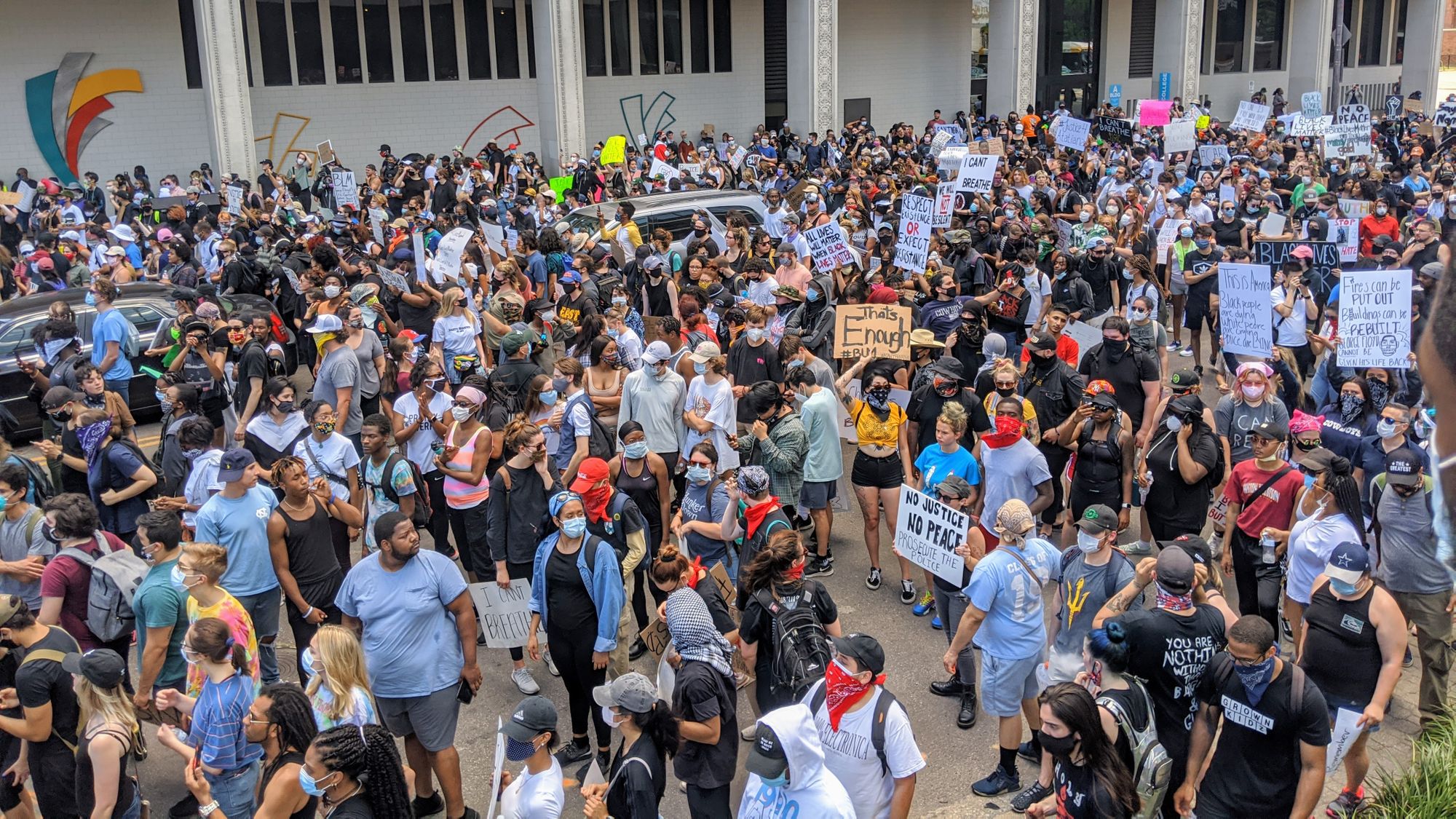 Thousands gathered with us yesterday in Dallas, joining cities across the country for a national day of action demanding justice for all stolen lives; for those lost at the hands of police, for those lost by healthcare inequality during the pandemic, and those lost in detention centers, jails, and prisons. There is only one reason an incident like the slaying of George Floyd sparks a collective nationwide outcry; it is not one incident, but thousands upon thousands.

The uprising in Minneapolis is spreading across the country because there is a shared experience of police terror across America. These crimes against the people by supposed protectors continue in in Minneapolis, in Dallas, and across the country so long as there is no direct accountability for police to their communities. As Jennifer Miller states with clarity, “Those of us in communities under the constant threat of police violence know that this has never been a case of ‘a few bad apples’. This is an organized force descended from slave patrols, designed to punish the poor and the black and protect the wealthy and the white.”

We are deeply grateful for the immense support by the people of Dallas, but we are also outraged and ashamed by the response that the city took. While the media attention has been focused away from the thousands of peaceful protestors, the coverage of weaponry used to suppress the crowd does no justice to the reality of the situation on the ground. Hundreds have now have experienced this for themselves and are already seeing how the reality on the ground gets twisted in the stories that are told.

After over four hours of peaceful protesting, the City of Dallas sent in an army consisting of multiple tanks, dozens of vehicles, and police in riot gear to surround the protesters and fire chemical weapons. We cannot ignore this gross violation of the rights of the hundreds of peaceful demonstrators who were choking, temporarily blinded, searing pain sending tears streaming down their faces—some of whom had to be carried away—from the tear gas deployed for the actions of someone else.

Why is it that in situations like this, the blame is always cast on the whole of everyone who stood on the side justice, rather than the aggressors who gather with weapons and shields to terrorize masses of unarmed citizens? Many of us consider this normal; we are desensitized to the way our government behaves. We can not turn away from this. We do not accept that a form of warfare banned by various international treaties are turned on the people of this country as a first-trigger to suppress dissent. There is no excuse for deyloying plumes of noxious gasses which indiscriminately target anyone other than the officers in protective gear. The sick, healthy, old, young, protestor, and passer-by, peaceful or not, hundreds of people were attacked today who did not deserve to be, and this is yet another part of the oppressive system for which we demand justice.