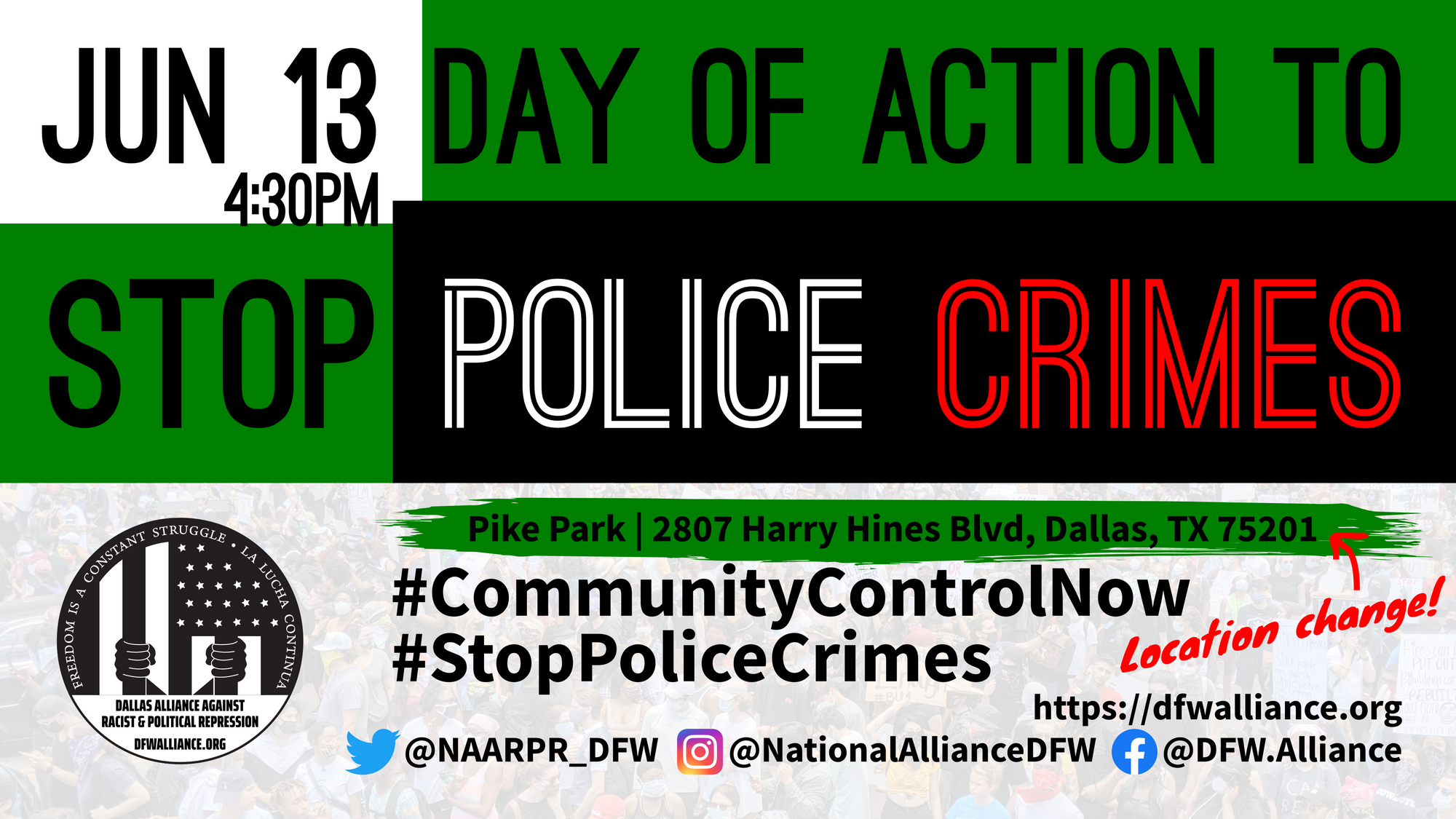 We have been calling to #DefundDPD, for #ChiefHallStepDown and #ReneeResign, but we call for these along with #CommunityControlNow because we want permanent systemic change, not a new face behind the same policies, or a one-off budget change that will be easily undone an a year or two. We are joining the call made by the National Alliance Against Racist & Political Repression for a Day of Action to Stop Police Crimes June 13ᵗʰ, this saturday. Show the City of Dallas that we will not accept half-measures that leave police crimes to continue unchecked year after year, we want community control!

We take lessons from the past, such as Camden, NJ which successfully disbanded their police force, but it was untenable on its own. "The entire Camden force was dismantled a few years ago. A new, larger force was rebuilt in conjunction with the surrounding county after a few major adjustments." People still get arrested in Camden, and police still shoot folks in Camden, and prosecutors still let officers off the hook in Camden.

In Minneapolis, they are facing that same decision between defunding, disbanding and community control:

“The truth is, these council members can’t deliver what they’re promising, and honestly, they’re not promising real accountability and community control,” said VanPelt. “We don’t need the police department remodeled into a public safety department. Swapping out with sheriff’s deputies or private security companies won’t solve anything. We need community control over whoever polices our communities and how.”

It is for these reasons that we are fighting for the long overdue measures which would put the people of Dallas in control of the police. This is not a new concept, and community control of the police was on the Berkeley ballot in 1969, but together we can help win the fight for direct democratic accountability of law enforcement.